Prestwick Golf Club was founded in 1851 by a group of members who met at the Red Lion Inn, Prestwick. A Colonel Fairlie of Coodham brought Old Tom Morris to Prestwick from St.Andrews to be Keeper of the Greens, Ball and Club Maker. 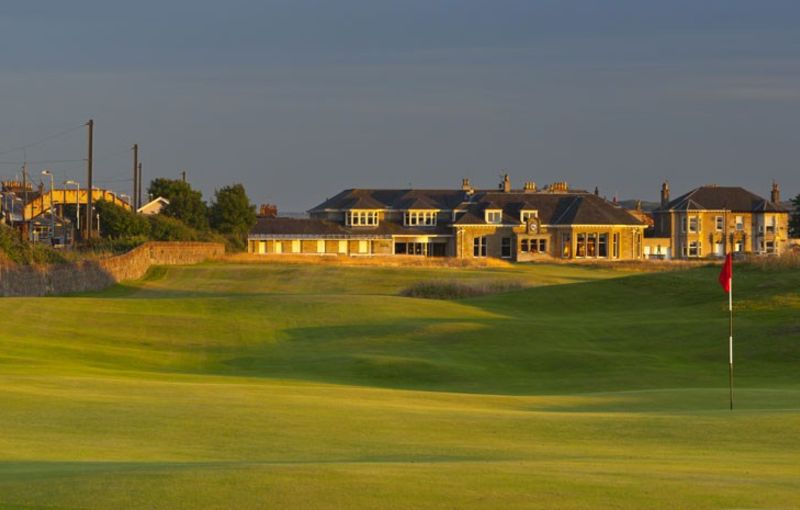 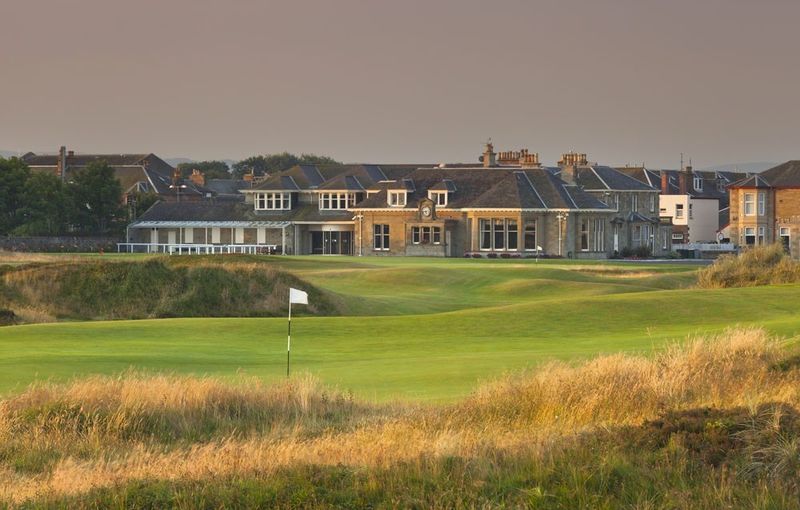 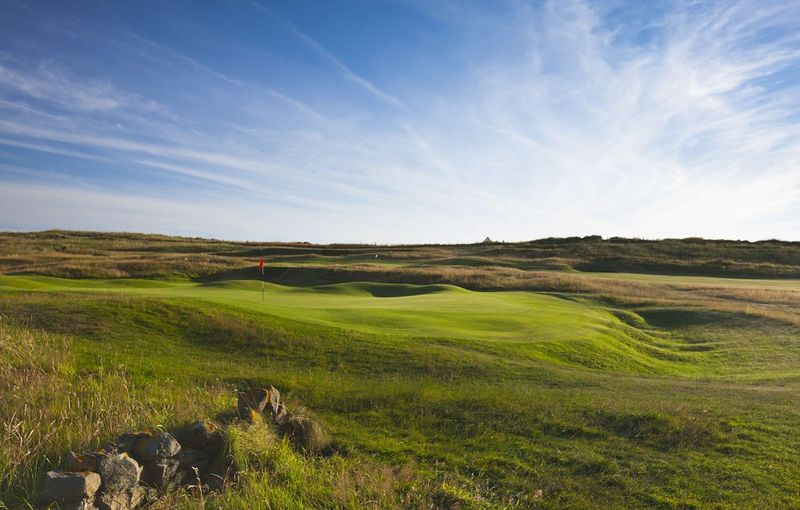 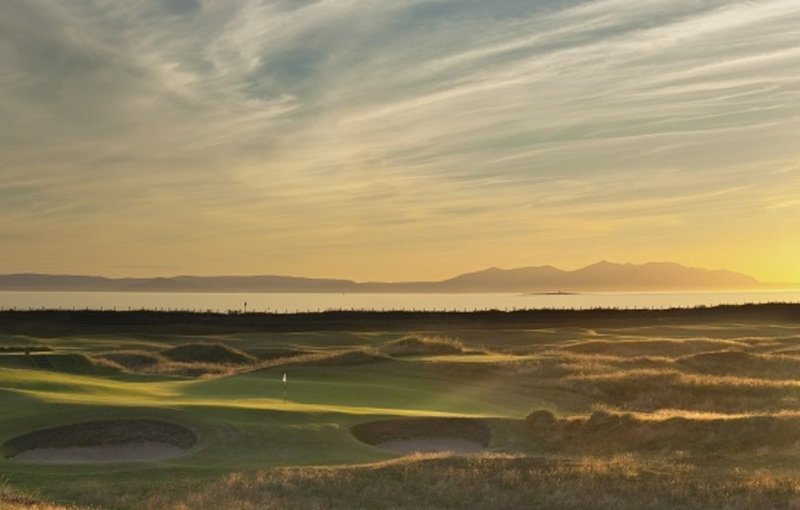 The members purchased two cottages opposite the Red Lion Inn- One for Tom and his family, and the other as a clubhouse- both buildings are still standing today. Tom returned to St.Andrews in 1864 and his house was auctioned in 1866 for £170. This allowed the club to build a new Clubhouse on the present site for a cost of £758 in 1868. In 1877, extensions cost £700 and in 1882, 90 lockers, which are still in use, were installed at a cost of £350. The first Open championship was held at Prestwick in 1860, organised by the members who subscribed £25 to purchase a red morocco belt with silver clasps. It was won by Willie Park of Musselburgh with a score of 174 over 36 holes. The Belt was won in three successive years by Young Tom Morris from 1868 to 1870 and thus became his property. When Morris won for the third time, in 1870, he had a first round score of 47 over 12 holes, a score that has never been equalled or bettered. He started with a three at the 578 yard first hole, in those days a par 6. His Belt is now in the keeping of the Royal and Ancient Golf Club of St.Andrews. A replica Belt was presented to Sandy Lyle, the winner of the 125th Anniversary Open Championship at Royal St.Georges Golf Club. Another Belt is on display in the Cardinal room in the Prestwick clubhouse. There was no Championship in1871, and thereafter, Prestwick, the Royal and Ancient Golf Club of St.Andrews, and the Honourable Company of Edinburgh Golfers (Muirfield) joined forces to purchase the current Claret Jug for £30, played for in the Open Championship. When the Championship was revived in 1872 Young Tom won again, thus winning the Open four times in a row, a feat no other golfer has ever matched, or likely will. In 1914 Harry Vardon won the Open for a record sixth time, three victories of which were at Prestwick. The Amateur Championship has been held at Prestwick on ten occasions from 1888 to 1987, in which year Paul Mayo was the Champion. The most remarkable final was between W. Lawson Little Junior of Presidio, USA and J. Wallace of Troon Portland in 1934. Little went round in 66 in the morning and started in the afternoon 3 3 4 3 3, to win at the 5th hole by 14 and 13. In 1952 the final of the Amateur Championship was between two Americans - Frank Stranahan and winner Harvie Ward. The next Amateur to be held at Prestwick was in 2001 as part of the celebrations for the club's 150th Anniversary.

To find out more